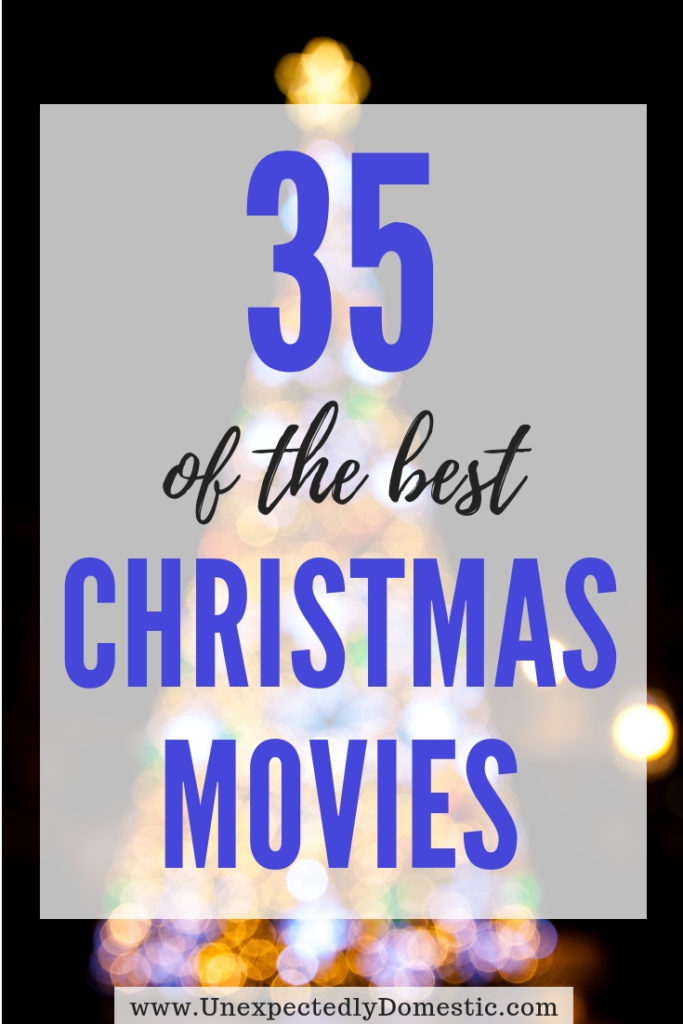 Happy December! This year passed by with alarming speed, and it’s already the holiday season!

With all the craziness that brings, it’s important to remember to schedule in some relaxing activities, so you remain in the holiday spirit.

Staying in for a movie night is a great way to relax, and here’s a list of the best Christmas movies to watch this year!

Christmas music and movies are some of the best ways to feel festive. I

‘m sure you aren’t surprised to learn that we watch a ton of movies at Christmastime, since we also love Halloween movies and Thanksgiving movies.

We own many of these Christmas movies on dvd, and seem to collect more every year.

So whether you’re having a family movie night, an at-home date night, or a viewing party for friends, watching a holiday movie is a fun (and affordable) way to have some holiday entertainment.

Light the tree, make some hot cocoa and popcorn, and you have quite an enjoyable evening!

Here are some of our favorites, separated into categories, so you can easily decide what type works best for your occasion.

This list is by no means exhaustive. These are just the movies we like to watch in December. I’d love to hear what other movies your family enjoys!

The Best Christmas Movies to Watch This Year

Holiday Inn – At an inn which is only open on holidays, a crooner and a hoofer vie for the affections of a beautiful up-and-coming performer.

White Christmas – (currently streaming on Netflix) A successful song-and-dance team become romantically involved with a sister act and team up to save the failing Vermont inn of their former commanding general.

Christmas in Connecticut – (Currently streaming on Amazon Prime. Don’t have Prime? Sign up for a free trial here. ) A food writer who has lied about being the perfect housewife must try to cover her deception when her boss and a returning war hero invite themselves to her home for a traditional family Christmas.

Miracle on 34th Street (1947) – When a nice old man who claims to be Santa Claus is institutionalized as insane, a young lawyer decides to defend him by arguing in court that he is the real thing. If you didn’t watch this one around Thanksgiving, there’s no time like the present! 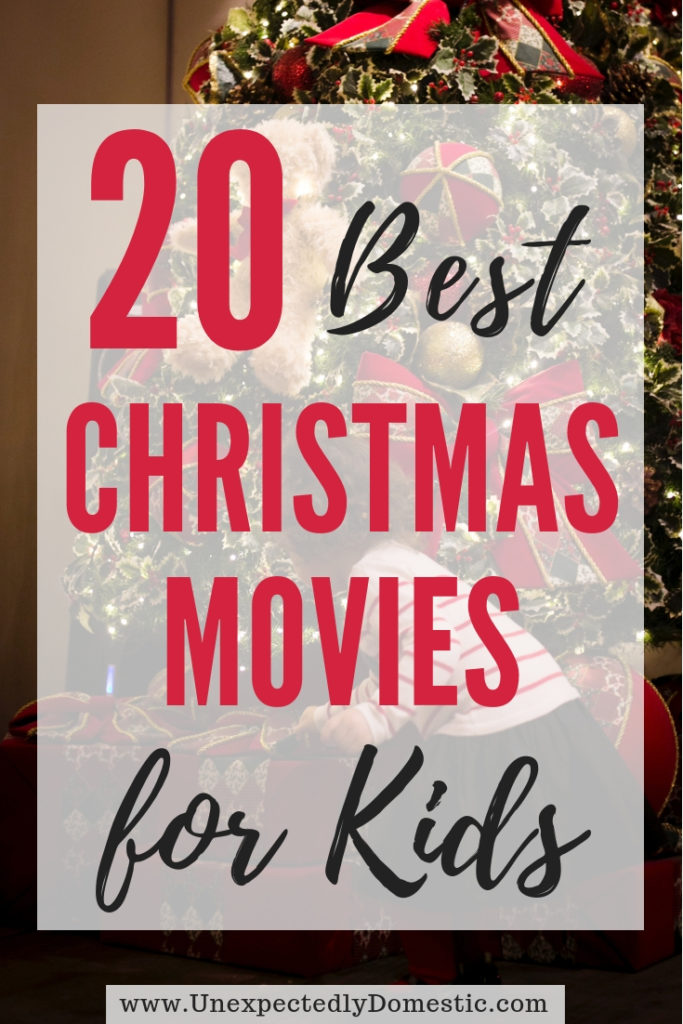 Note: If you want to make sure a movie is appropriate for your kids to watch, search it on IMDB. You can look at the Parents Guide, and check out specifically what kind of content is in a particular movie. Scroll down to the Storyline section, and click View Content Advisory to get the full scoop.

Elf – After inadvertently wreaking havoc on the elf community due to his ungainly size, a man raised as an elf at the North Pole is sent to the U.S. in search of his true identity.

A Christmas Story – In the 1940s, a young boy named Ralphie attempts to convince his parents, his teacher, and Santa that a Red Ryder B.B. gun really is the perfect Christmas gift.

Christmas with the Kranks – With their daughter away, the Kranks decide to skip Christmas altogether until she decides to come home, causing an uproar when they have to celebrate the holiday at the last minute. It’s based on the John Grisham book, Skipping Christmas.

The Muppet Christmas Carol – The Muppet characters tell their version of the classic tale of an old and bitter miser’s redemption on Christmas Eve.

Home Alone – An eight-year-old troublemaker must protect his house from a pair of burglars when he is accidentally left home alone by his family during Christmas vacation. Gotta be one of my all-time favorites!

Home Alone 2 – One year after Kevin was left home alone and had to defeat a pair of bumbling burglars, he accidentally finds himself in New York City, and the same criminals are not far behind.

How the Grinch Stole Christmas (Jim Carrey version) – On the outskirts of Whoville, there lives a green, revenge-seeking Grinch who plans on ruining the Christmas holiday for all of the citizens of the town.

Polar Express – A young boy embarks on a magical adventure to the North Pole on the Polar Express. During his adventure he learns about friendship, bravery, and the spirit of Christmas.

Miracle on 34th Street (1994) – A lawyer and a little girl must prove that a man claiming to be Santa Claus is the real thing.

National Lampoon’s Christmas Vacation – (This one is rated PG-13, fyi. Depending on the age of your kids, this may or may not be a family film.) The Griswold family’s plans for a big family Christmas predictably turn into a big disaster.

American Girl Movies – This set includes four different movies, one each for characters Samantha, Kit, Molly, and Felicity. I really like these movies! Your daughters especially will enjoy them.

The Santa Clause – When a man inadvertantly kills Santa on Christmas Eve, he finds himself magically recruited to take his place.

The Santa Clause 2 – Scott Calvin has been a humble Santa Claus for nearly ten years, but it might come to an end if he doesn’t find a Mrs. Claus.

The Santa Clause 3 – Santa, aka Scott Calvin, is faced with double-duty: how to keep his new family happy, and how to stop Jack Frost from taking over Christmas.

Little Women (1994 version) – The March sisters live and grow in post-Civil War America. Based on the Louisa May Alcott classic.

The House Without a Christmas Tree – A young girl named Addie, living in Nebraska in 1946, wants nothing more for the holidays than a Christmas tree, but her widowed father is bitter and refuses due to events from the family’s past.

Nightmare Before Christmas – Jack Skellington, king of Halloween Town, discovers Christmas Town, but his attempts to bring Christmas to his home cause confusion.

Prancer – A farm girl nurses a wounded reindeer she believes is one of Santa’s, hoping to bring it back to health in time for Christmas. Her holiday spirit inspires those around her, something her disheartened father is having trouble understanding.

Arthur Christmas – Santa’s clumsy son Arthur gets put on a mission with St. Nick’s father to give out a present they misplaced to a young girl in less than 2 hours.

Jack Frost – A father who can’t keep his promises, dies in a car accident. One year later, he returns as a snowman. He has the final chance to put things right with his son. 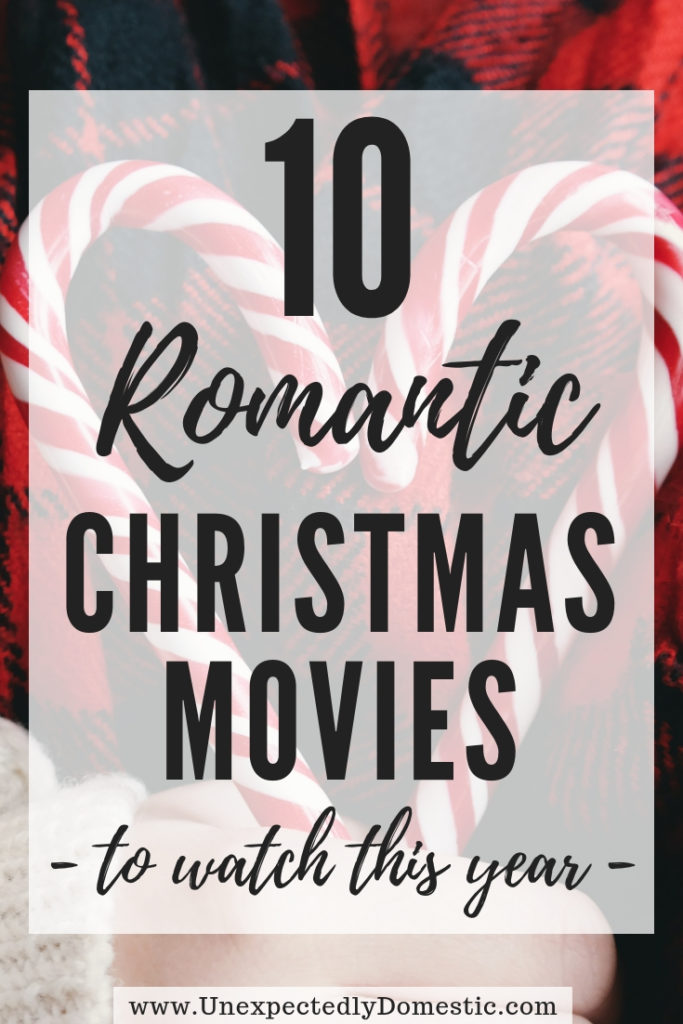 12 Dates of Christmas – (often streaming on Netflix) A story that follows Kate, a young woman who after a horrible blind date on Christmas Eve. She wakes up to find she is re-living that same day and date all over again.

Sleepless in Seattle – A recently widowed man’s son calls a radio talk-show in an attempt to find his father a partner. This one isn’t specifically about Christmas, but takes place somewhat during Christmastime.

The Family Man – A fast-lane investment broker, offered the opportunity to see how the other half lives, wakes up to find that his sports car and girlfriend have become a mini-van and wife. I absolutely LOVE this movie.

Four Christmases – A couple struggles to visit all four of their divorced parents on Christmas.

The Family Stone – An uptight, conservative businesswoman accompanies her boyfriend to his eccentric and outgoing family’s annual Christmas celebration and finds that she’s a fish out of water in their free-spirited way of life. Another one of my favorites!

While You Were Sleeping – A hopeless romantic Chicago Transit Authority token collector is mistaken for the fiancée of a coma patient.

Love Actually – Follows the lives of eight very different couples in dealing with their love lives in various loosely interrelated tales all set during a frantic month before Christmas in London, England.

Love the Coopers – The intertwined stories of four generations of Coopers unfold right before the annual family reunion on Christmas Eve.

The Holiday – Two women troubled with guy-problems swap homes in each other’s countries, where they each meet a local guy and fall in love.

Hitched for the Holidays – An attractive pair agrees to be each other’s supposed significant other throughout the holidays to keep their meddling families at bay.

Check out the Holiday Romance Collection 10 pack of other romantic holidays movies!

How the Grinch Stole Christmas – A hermit, known as the Grinch hates Christmas and is tired of the Whos of Who-ville celebrating it. This year, he plans to steal it from them. Features the illustrations from the book accompanied by narration.

Frosty, Rudolph, and Santa Claus is Coming to Town – Sold all together in this set, along with 4 other holiday short specials.

Hopefully this list of the best Christmas movies provides you with plenty of choices to enjoy this holiday season. Don’t forget to make some time to relax! 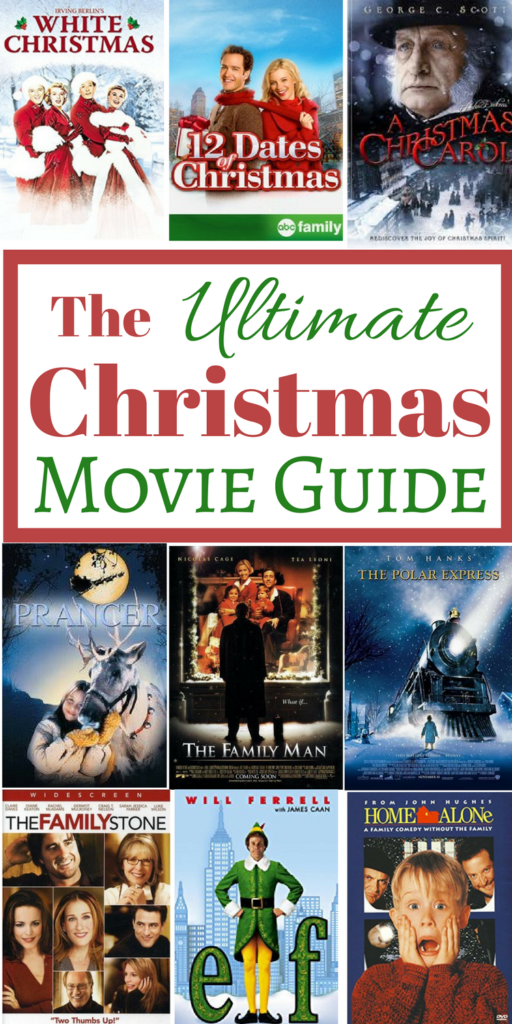